wedding-newz
Take a fresh look at your lifestyle. 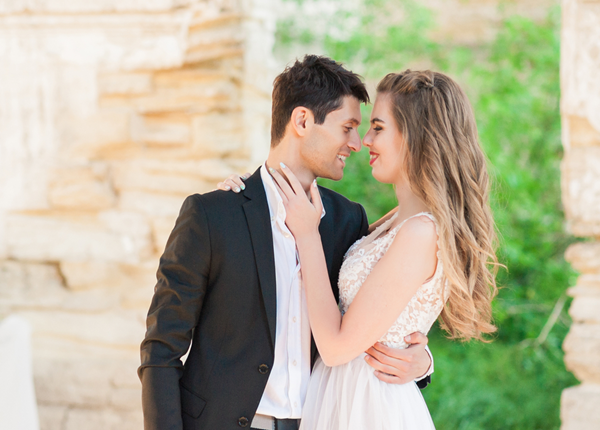 11 Gen Z Wedding Trends We Can Get Behind

Did that title come as a shock to you? Gen Z wedding? Gen Z is often seen as simply kids scrolling through TikTok for hours a day. While the youngest of Gen Z are only 10, the oldest are in their mid-20s already! Time sure does fly, huh?

While we see plenty of similarities between the oldest of Gen Z and their younger millennial counterparts, there are a handful of trends that make them unique.

While millennials often leaned into large, unique spectacles, Gen Z tends to be a bit more selective with their wedding guests list.

The younger millennials also tend toward this one, so it’s no surprise their elder Gen Z counterparts do as well. Gen Z’s relationship to gender roles tends to put both parties on a more equal footing than even some of their millennial counterparts. While it’s not a rule, you’ll likely see Gen Z couples splitting wedding planning duties efficiently.

Remember a second ago when we said Gen Z tends to have smaller weddings? Well, that still holds true, but it doesn’t mean they don’t want to have a good time. While the ceremony itself tends to be more exclusive, they can be pretty liberal with the invitations when it comes to the reception. Expect big, fun gatherings when heading to a Gen Z wedding reception.

While Gen Z overall goes simple with their ring choices, they don’t throw style out the window. Minimalism is fairly popular, and simple bands do go far with Gen Z audiences. That being said, it’s not uncommon to see Gen Z brides choosing stackable wedding bands for style versatility.

White and pearl will never go out of style. However, the classic white wedding dress look doesn’t have the same foothold with the culture of older Gen Z at the moment. 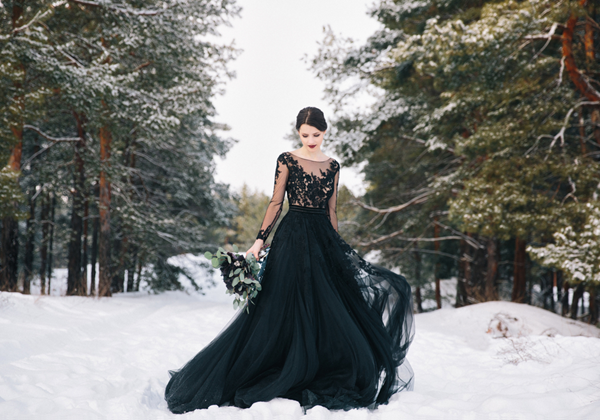 Men’s suits have slowly been exploring different color schemes and styles, but wedding dresses haven’t come around as quickly. It’s not uncommon to see a differently colored wedding dress, even a black one, at a Gen Z wedding. White is likely to always win out on average, but other colors aren’t uncommon.

This is really more of a continuation of the last point. While Gen Z doesn’t go for classic white dresses as a given, they haven’t gone by the wayside. You won’t see exactly what you’re used to, though. Whites, ivories, pearls and all manner of classic colors and styles are being re-imagined in the modern light. You may see pearls as a style choice, but they won’t always be what grandma wore.

Millennials tended to be more in favor of interracial and intercultural marriages than any generation previous. Gen Z actually has them beat. This doesn’t just apply to interracial couples, though.

Gen Z couples, regardless of race, are going to be more likely to integrate cultural celebrations in their marriage, irrespective of how close they are to their culture normally. Expect to see unique and exciting wedding traditions that you may not be familiar with at Gen Z weddings.

This is right out of the millennial playbook. Gen Z is just as into custom experiences as their previous generation counterparts. Expect Gen Z weddings to be unique and personalized, often with the help of a wedding planner who can bring their exact vision to life. 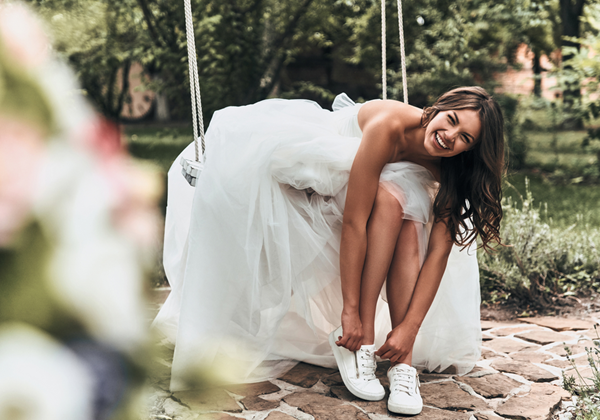 There’s been a rise in outdoor and nature interest over the last few years, and Gen Z is right on that train. Whether it’s a woodland theme at a wedding or a wedding outside, nature often plays a big part in Gen Z weddings. Hope you look good in earth tones!

Sustainability is a big interest among Gen Z, not just at weddings. Gen Z tends to vote with their dollars quite deliberately and will likely offer sustainable options. Single-use plastic isn’t banned from all Gen Z weddings, but you may have to wash a reusable dish or two!

This is an interesting one. With Gen Z effectively being the first generation to grow up with modern technology throughout their entire life, they love to integrate tech into their wedding. Whether smart tech is a part of the wedding reception or they just have plenty of videos to record and send to those who couldn’t make it, don’t watch I, Robot before a Gen Z wedding.

It’s hard to predict what Gen Z weddings will look like just yet. With the oldest of Gen Z only being about 25, a lot of these characteristics will be shared with the youngest of millennials.

Over the next five to ten years, we’ll learn a lot more about Gen Z weddings, but these are the things that excite us so far!

When Should You Start Designing Your Wedding Invitations

5 Mistakes to Avoid When Planning your Wedding

5 Mistakes to Avoid When Planning your Wedding

When Should You Start Designing Your Wedding Invitations

Weekday Weddings: Your Guide to a Stress-Free Wedding on a Budget

4 Reasons Why Foil Is A Must with Wedding Place Cards

The Life Of A Wedding Planner

Why Hire a Wedding Planner?

Free Venue Finders – Select Your Venue From the Menu